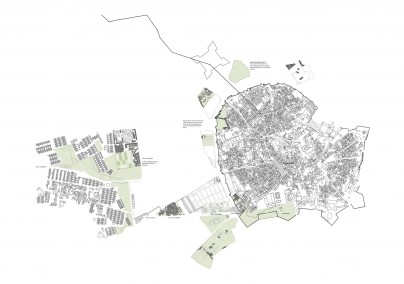 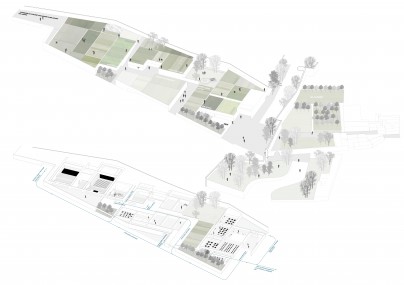 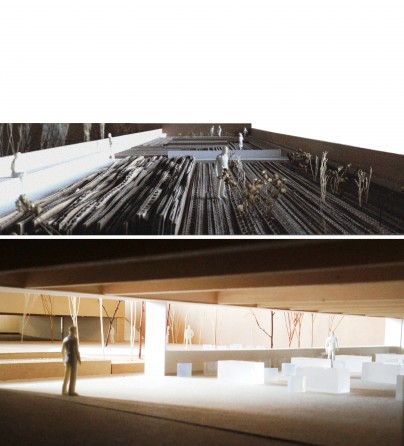 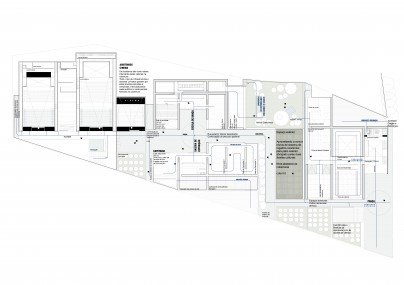 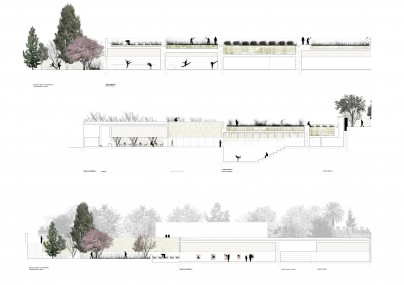 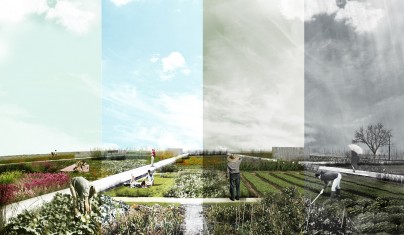 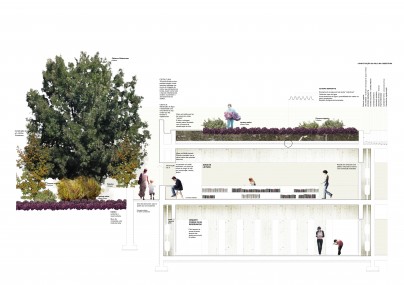 Proposal for a pedestrian connection between Évora's historic core and the Malagueira neighbourhood
The proposed exercise consists of the creation of a pedestrian connection between Évora's historic core and the Malagueira neighbourhood, designed by architect Siza Vieira, and the development of part of that same route with a cultural programme (library, exhibition room, dance school, auditoriums).
The project's idea is based on the interaction between rural and urban space, seen as a whole, a landscape that takes advantage of both and of their shared planning. The creation of a Continuum Naturale and a Continuum Culturale, concepts by Caldeira Cabral, that consist in balancing consistent ecological structures with the urban network of infrastructures and with the spaces devoted to agriculture transformed into a cultural subject. We therefore propose the interaction of two realities that meet in the double etymological meaning of the word CULTURE. The project arises in a site that results from the city's dismemberment, a forgotten but important place in its relation of proximity regarding the wall and as one of the main entryways into the present city. This site, among many others that embrace the wall, would have been a place of agricultural practice, where many testimonies to that still exist. The site's rural characteristics are reused and new rules are established regarding its relationship with the territory, keeping alive man's contact with the soil. The established premise is the transformation of this site, marked by the subdivision adjusted to the agricultural practice already observed, in a cultural infrastructure that conceptually respects that pattern. The hydraulic structure that compartmentalizes that space is elevated, turning into walls that shelter the entire programme and structure the ensemble.
These walls, with a parcel-like structure, define the function of the different spaces and create different moments along the route. The whole set of spaces concerning the programme is designed according to the pattern that the site itself defines. The roofs appear as production and contemplation gardens, taking advantage of a new space. The irrigation lines, now transformed into walls, contain the technical infrastructures belonging to the inside of the building and are 'crowned' by gutters that distribute and feed vegetable gardens existent in the roof. Other green elements constitute the transition between the rural and urban landscapes.
The fruit trees, the space's shade, the light and the water tanks are elements that punctuate the spaces and allow for the route's continuity, in a plateau of different scents and colours in the roof. The agricultural garden transforms according to seasonal changes and interacts with its surrounding landscape. It assumes its artificial presence of abstract character, which respects the primary cultural values of horticulture, integrating it in modern times, turning the site into BUILT LANDSCAPE.