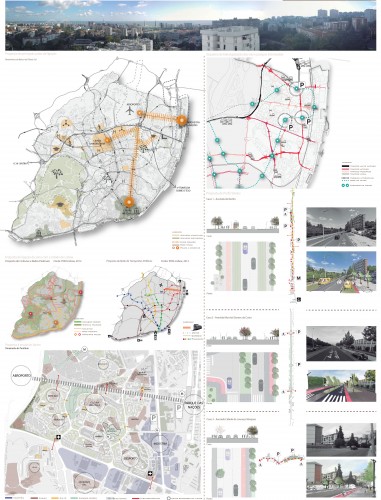 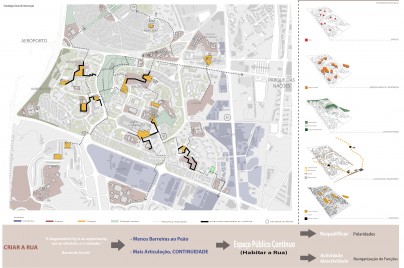 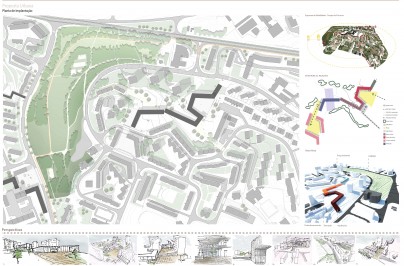 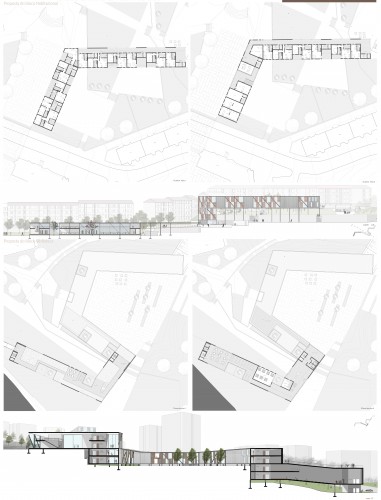 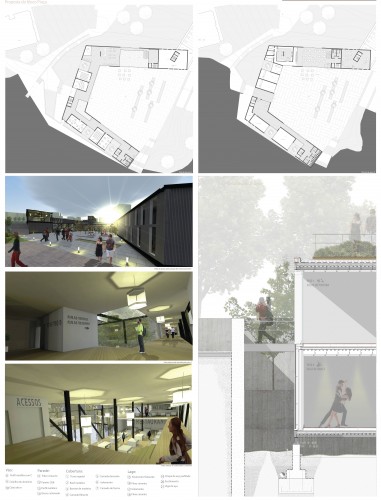 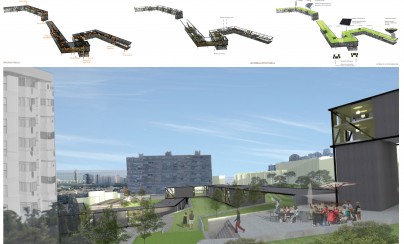 The Eco-Neighborhood in South Olivais
The intervention intends to create a sustainable neighbourhood; for this, the proposal identifies three levels of operation:
At the level of the city scale, we intend to create permeabilities that withdraw the neighbourhood from its isolation regarding its surroundings. At the level of the neighbourhood scale, the proposal consists of re-organising the infrastructures, stipulating a different function to each cell, forcing a relation of dependence between the different cells, creating a network of flows of movement throughout the neighbourhood. At the level of the individual scale, we intend to solve the lack of spatial identity creating a route. This route aims to recover the traditional archetypes of street, street fronts, square, etc. in order for them to be easily identified by the inhabitants, providing its use and appropriation. This route should
also re-organise the space, articulating infrastructures, services and leisure areas. The work's model is the built route, conferring identity to the public spaces; to this route we aggregate the new functions and create direct relationships with the squares and green spaces already existent. We intend to build different experiences, integrating an increase of the services and mixed-uses, encouraging the population's permanence and the social relations between the inhabitants. This route's composition strategy is constituted by the various urban planning important layers, such as green spaces, infrastructures, main transportation networks and the existing squares. Given the sustainable approach of the project, it is important to create a built route of low environmental impact; for this, the built route has several particularities: An ephemeral character, making it possible to adapt to chronological needs; in its materialization, we use technologies and knowledge that promote the reuse of natural resources; the materials used are reusable, adaptable, allowing for its dismantling;