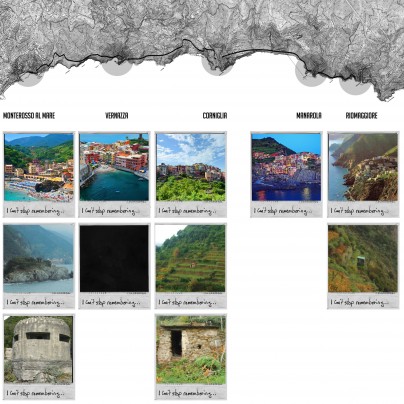 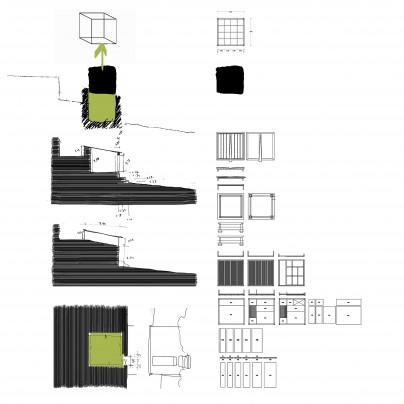 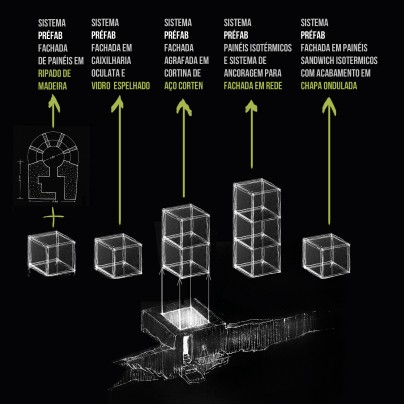 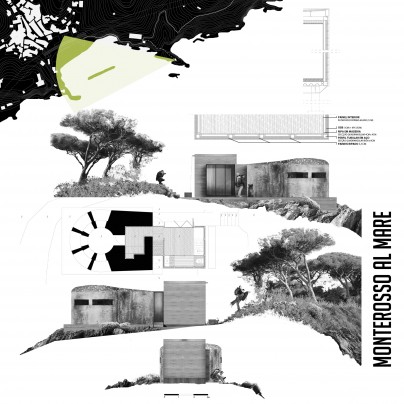 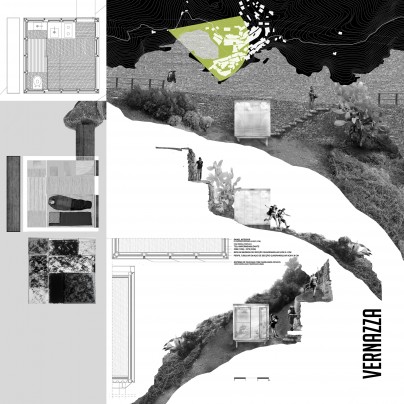 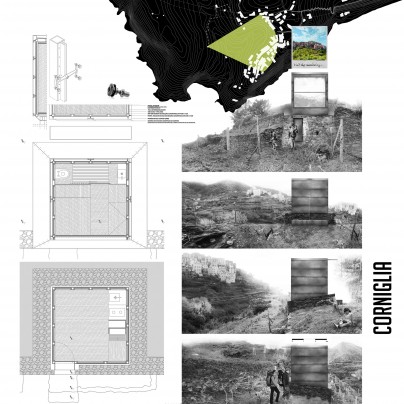 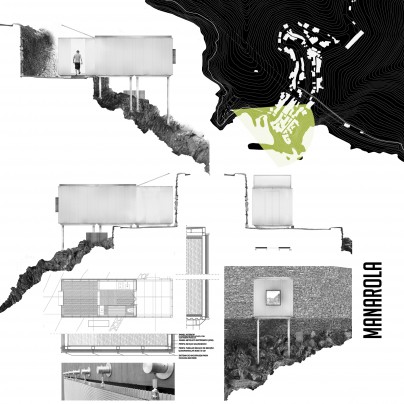 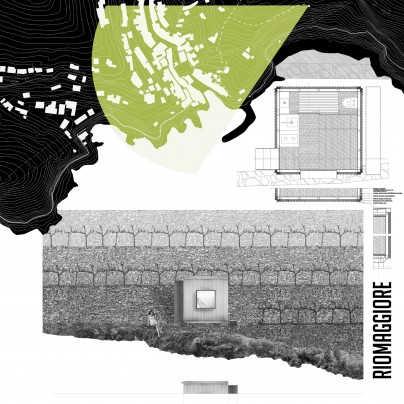 Interaction between local identities with a constructive system of pre-fabricated basis
This project was developed based on an approach that aims to converge the fruition of nature, the built patrimony and, mainly, the emotions that the fey landscapes resultant from this sublime relation [nature/built environment] can provide to Man, intending to answer and validate what it proposed itself to do:
conceive a specific building system, resorting to pre-fabrication, developed in order to create dwellings, adapting and acquiring a distinguished language regarding the context in which each one is implanted, obtaining therefore, with a single modular system, unique houses that contradict the idea that pre-fabrication potentiates repetition instead of postponing the singularity of each project. The chosen site was Cinque Terre, Italy, in a place where the sea and shore come together originating an area of eighteen square kilometres of coastline almost fully dominated by the rocks; in the areas in which the sea windingly penetrates the shore, the five smalls bays are created, the five lands, constructed in order to accompany the natural form of the hills. These towns [Monterosso al Mare, Vernazza, Corniglia, Manarola e Riomaggiore] are connected by an old trail, which can only be traversed by foot, known as Sentiero Azurro, which continues throughout the shoreline, connecting villages and offering magnificent views of the vines and places, landscapes wordy of romance. We intend to valorise the route and the villages, offering those who visit this piece of Italian coastline a stay that enables the fruition of the impassioning scenic vision through the creation of dwellings scattered throughout the five lands, in strategically picked locations, so that the user can enjoy the singular landscapes of this region, not only as he traverses the route but, also, during his stay.