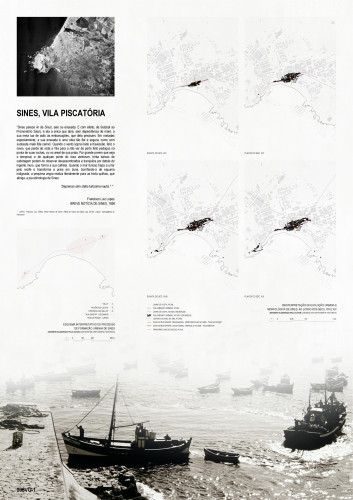 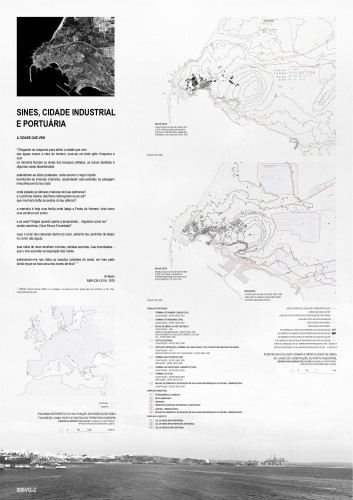 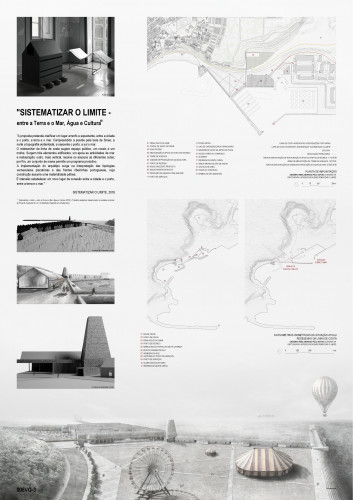 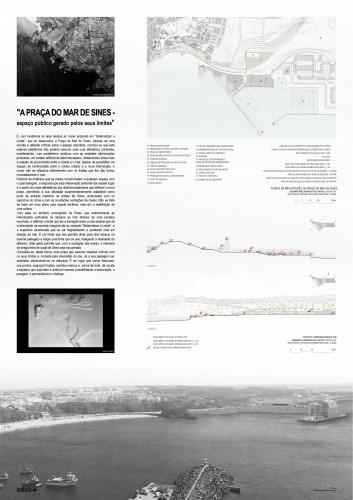 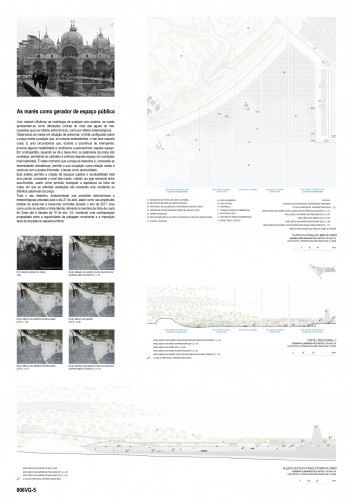 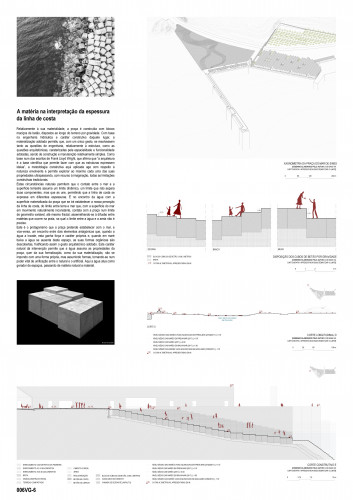 ESPAÇO PÚBLICO GERADO PELOS SEUS LIMITES
The unbalanced growth between the urban nucleus of Sines and its complex industrial and port industries led to the separation between the city and the sea that, since its inception, has been its main form of development.
With the implementation of the manufacturing infrastructures, the morphology of that territory was widely adulterated. The sea front, which was sinuously thought and planned during the past years suffrered a complete transformation resulting in a fragmentation of the Sinean territory as well as the inability to attraction of the
The Sines Sea Square is manifested through a critical review and reflectionto the rossio proposed in "Systematize the Limit", as a result to theproblems mentioned above.
Starting from the dynamic that the sea commits to any space when it’s in contact, this intervention intends to make the adjustment of the altimetric dimensions of the Square, allowing the Square to be used as a sea port of the city of Sines. The main goal is not make a new plan, but rather to add a footprint in the redefinition of aculture.
It is intended that the Square establish with the sea a relationship between two elements: when the water invades it, it gains its own strength and character and, at low tide, the organic forms os the Square are revealed, showing the architectural gesture adopted.
This action allows the water to assume the properties of the square, both formalization or materialization, not imposing itself as a form, but assuming forms as a vital power of unification between the natural and the artificial. Here, water acts as a generator of spaces, passing from natural matter to material.
The “Praça do Mar” (Sea Square) is, in this way, the result of an intimate relationship with its limits. Crowned by the immensity of the sky, this space sees the landscape being enlarged, merging the architecture woth the nature. It is a place that overcomes unevenness, that join points, segregates functions, emphasizes landmarks, and above of everything, it gives scale to spaces that are a support for human life, enabling the dislocation, the stopping, the permanence and the dialogue.