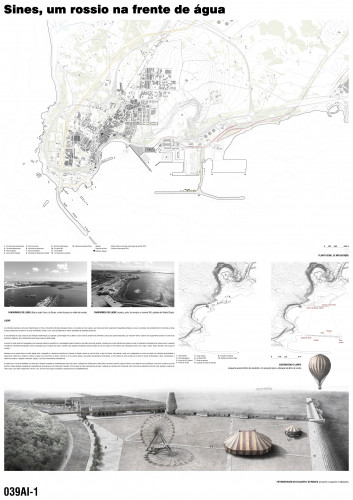 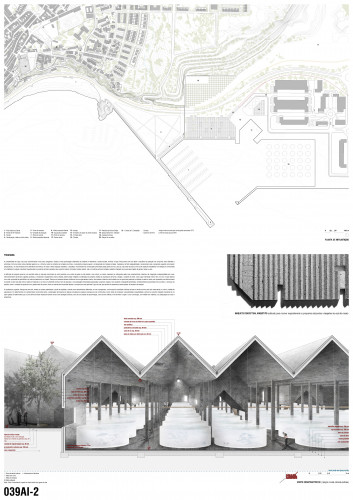 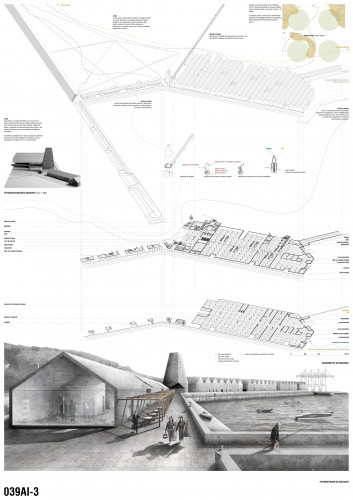 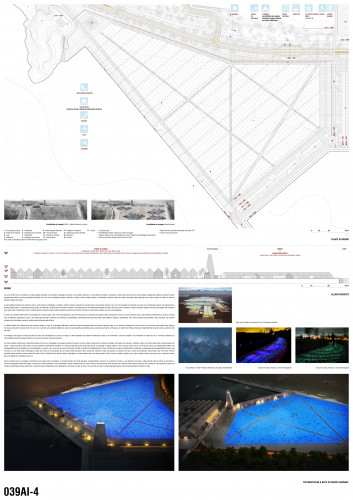 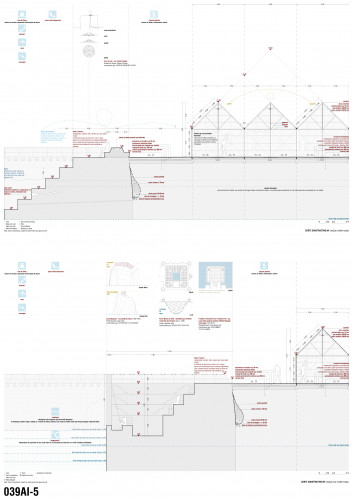 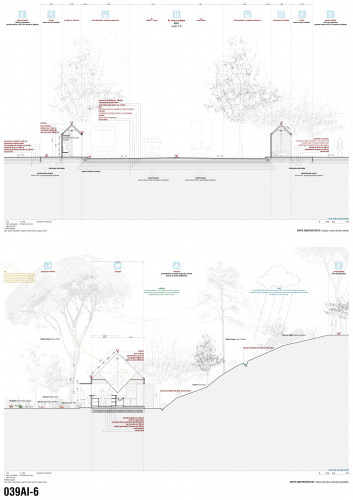 This project explores the ability to define a place, with its own identity, its own soul, in the relationship between land and sea. The proposal seeks to clarify a place, considered as amorphous, ample and expectant, situated between the town of Sines and the (seaport/port) between land and sea. The square is touched in the west, by the town of Sines; in the north, by the rugged topography; in the east, by the port; in the south, by the sea.
From the redesign of the coastline, the space suggests a square and a jetty where built elements are incorporated: one supports the sea activities, and the other, more vertical, resolves the different levels accessibilities. Finally, a set of naves allows to incorporate a productive program. The archetype shape of the house arises in the interpretation of fishing vernacular typologies and the Portuguese riverside fronts, whose construction assumes a stony materiality in the proposal.

The proposal focuses on the definition of a new place, evoking its limit position, and incorporates in its formalization the confrontation of scales between the sea, the town, the square and the house’s archetype. This redesign of the limit explores the compatibility of a production with a program associated to leisure and culture.

It is in this environment between the new limit and built elements, where the square tries to adjust the scale of the town and port. The square intends to create a common space to the different elements and activities of Sines, diluting the administrative and port borders. The typology also allows a constructive reflection; the adoption of a composite material for the public space pavement, which guarantees and resolves the lighting of the ample space. The light is blue and enough to allow the locomotion, avoiding vertical obstacles such as light poles or even signage. This blue light evokes places in the coastlines, illuminated by lighthouses to guide boats, and intends to enhance the blue water of the sea, which at night is symbolically evoked for the square. It is a place of memory of shared and common use.