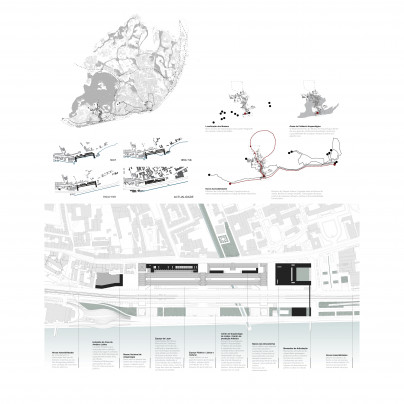 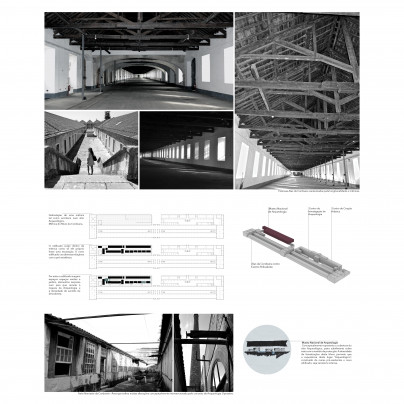 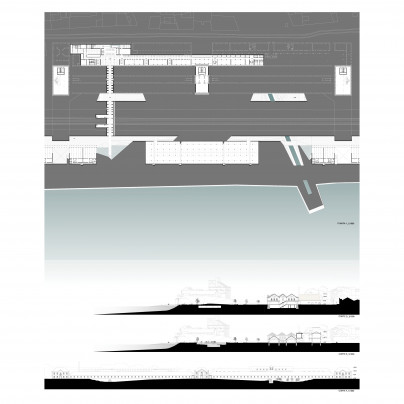 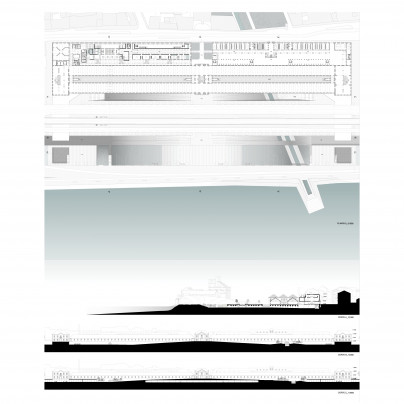 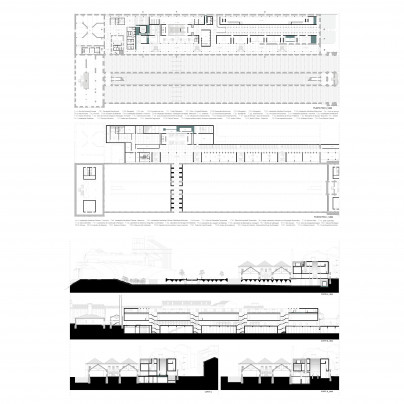 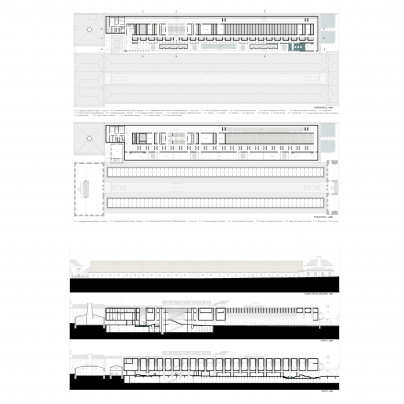 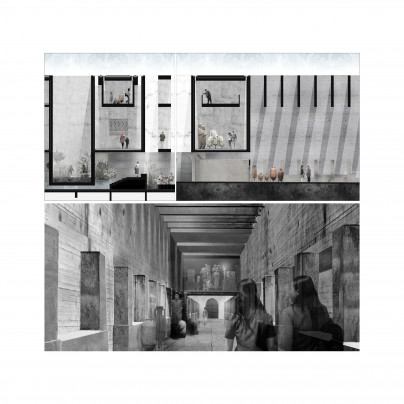 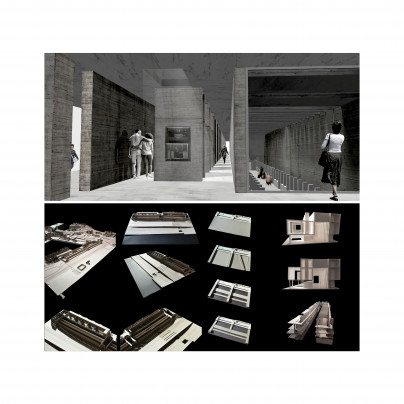 Da Arte do Passado à Contemporaneidade
The urban proposal is distinguished by integrating the cultural context from Belém with the waterfront area through the idea of unity. The intervention is based on the concept of Operative Archaeology, disclosing the city's hidden layers and aiming focus into Fábrica Nacional da Cordoaria.

The rehabilitation proposal for Cordoaria, through the “operative archaeology” mentioned above, means to magnify the memory of the building as an old peer, revealing the walls which were once bathed by the Tagus River. The concept extends, emphasising the presence of the Rio Seco watercourse, which slantly crosses its way under Cordoaria. The passage happening below, articulating Cordoaria and the Tagus waterfront also transports us into the metaphorical sense of archaeology and discovery, through the big tunnel punctuated by the sequence of light inputs.

The project strategy for Museu de Arqueologia, belonging to a part of Cordoaria which is marked by the morphologic diversity of several times and needs, began by designing a limit – defined by the metrics of the building – as it happens during excavation, to understand which ruins were part of the initial construction. The entire project was developed around this limit – the wall facing Rua da Junqueira – as if we meant to mark the territory to explore it, collecting experiences. The new building merges with the site, not physically interfering with the pre-stock since it does not touch the ruins and permits the creation of a system of perspectives and relations. The perspective is controlled and together with the light games, turns into a sensible and pleasant experience. On the top of these volumes, a result from the excavation inside the quadrangular retile, we may find a linear volume where Museu de Arqueologia is located. Conceptually, this volume is the roofing of the archaeological site and if what we find in archaeological sites are usually archaeological artefacts, here we find new spaces, new light inputs, green areas and water mirrors in a blend of sensations.
Cordoaria, called the 'tape-measure' building, is clearly brought to our minds by the strong metrics mark-up and the repetitive and obsessively continuous space. The weight of the pre-stock is not obvious, but it is reinterpreted in a contemporary design.

From the outside, the building appears as a block with an Ethereal personality, coated with limestone, used in the Freestone of the Fabric. The inside is all in concrete, hard and visible, as if the place was excavated.
The memories of the location and the city Lisbon were ultimately the assumptions to build and narrate this story.