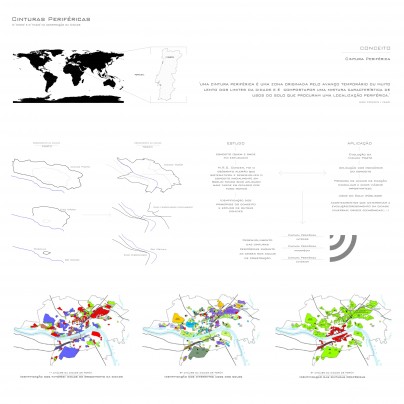 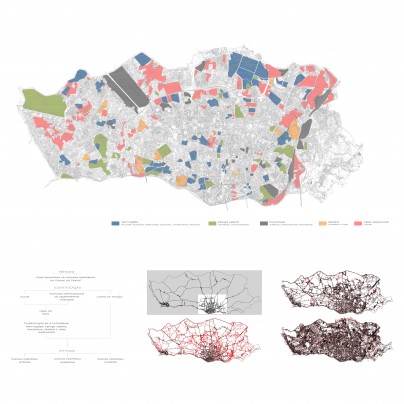 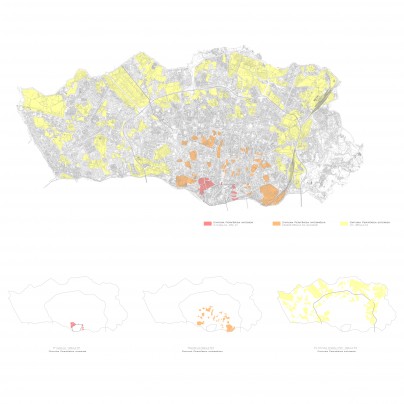 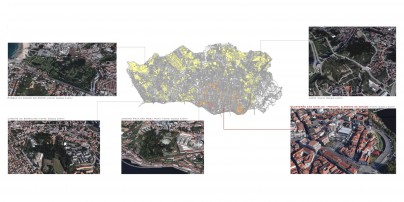 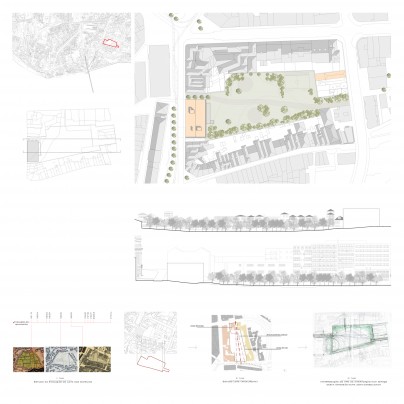 .
This study focuses on the growth of cities, on their stock (buildings) and open spaces (streets and plots).
In particular, the work draws on a specific question (or concern): is the existence of a large open space (plot) in a consolidated area of the city a random phenomenon or is it supported by a particular logic relating it, in a structural way, with other open spaces in the city? The answer to this question is supported by the application of a concept from urban geography - the fringe belt concept.

The first part, after a brief introduction, understand how this theme, as well as the concept of fringe belt, which gives these empty plots a structural and formation logic, has been debated. The set of studies on fringe belts draws not only historico-geographical of the city development, including also economic, social and spatial perspectives.

The second part, focused on the case study, identifies the fringe belts that structure the city of Porto. Drawing on an analysis of plots, complemented by the study of the streets and buildings of Porto, it identifies, in the existent city, three fringe belts: inner, intermediate and outer. Different uses, such as industrial, institutional, railway stations, warehouses, and open and empty spaces are included in these three fringe belts.

The third part of this work focuses on the project for the Parque das Camélias. The theme of open spaces, and in particular the open space corresponding to the interior of the street block and assumed as public space, is explored. The permanence and transformation resulting of the intervention are discussed against a wider context of the urban history of the Camélias street block.