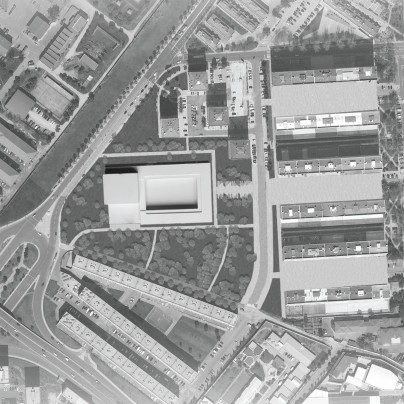 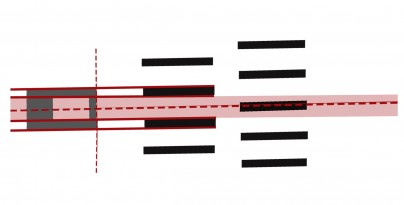 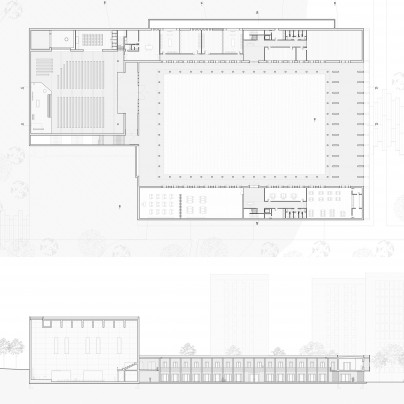 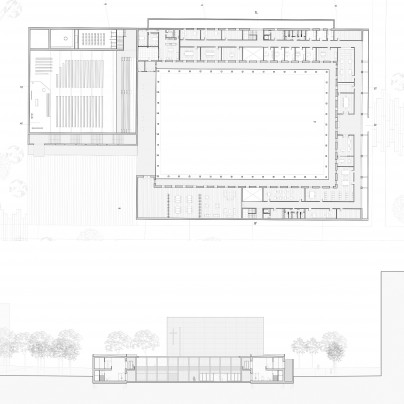 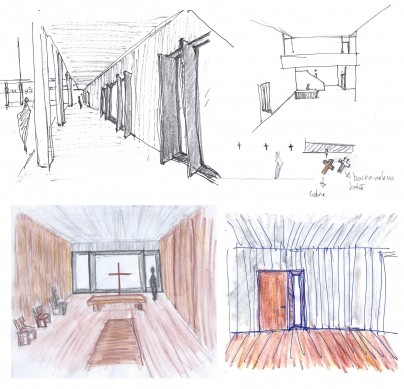 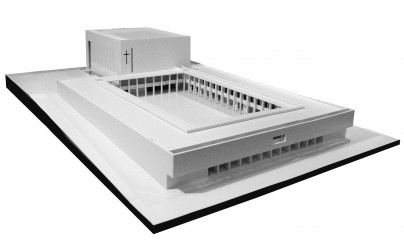 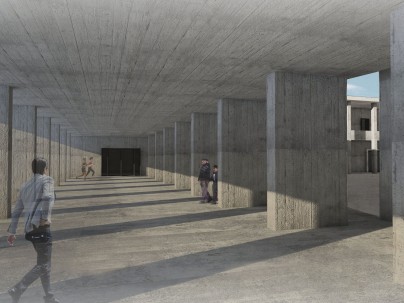 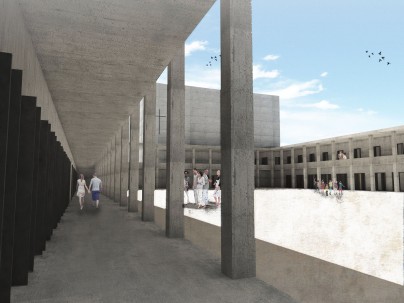 Religious Space in the XXI Century
"Portela's Church, Social and Parochial Centre” is located in a vacant area of Portela's Urbanization; the developed programme is divided into three main parts:
the Church, the Social Centre and the Parochial Centre. For the project's implantation, we sought for a relationship with Portela's orthogonal urban fabric, as well as with the terrain's natural slope. The entrance to the building happens through an exterior space and is marked by blade shaped pillars that strengthen the visual continuity to Portela. The space around the patio is marked by square shaped pillars, with highceiling, that attribute rhythm, order, verticality and unity to the project. The project is the result of a formal organisation. The church's volume stands out due to its haughty volume, which marks its presence in the urban space. Its entrance is made in an area with a lower ceiling, alluding to the catacombs. In the narthex, there is a one can enter the church and there is a connection between the two heights. In the religious space, we sought for simplicity and unity, the relationship of the believers with the altar, the possibility of viewing the whole space of celebration. The church has 3 spaces - the nave or celebration area, the baptistery and the chapel. The baptistery is illuminated by a light pit – a divide presence, with a pond - purification. The materials intend to honor the space, just as light does. A main element of the church's space is the zenithal light over the altar area that marks its importance, symbolizing transcendence, relation with the heavens, a divine presence. In this project, we sought simplicity, order, and a language of perpetuity. In the church's space, we sought to answer the liturgical demands and, in the rest of the programme, to answer the community and social needs of the population.