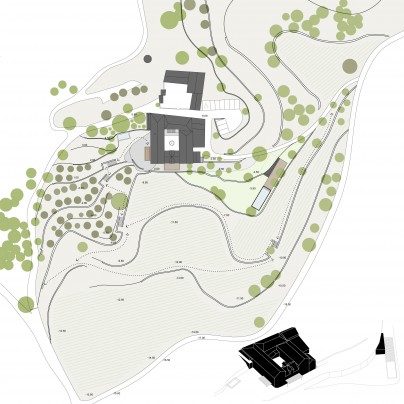 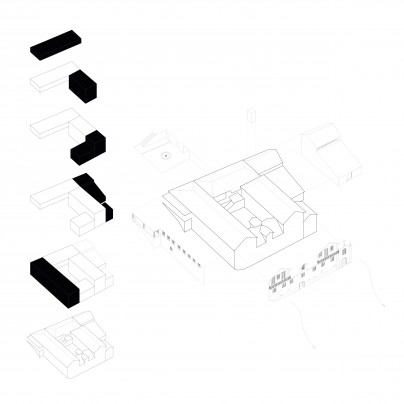 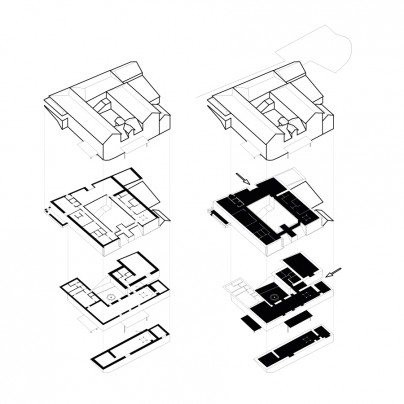 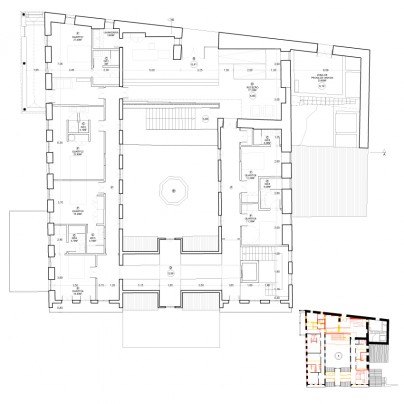 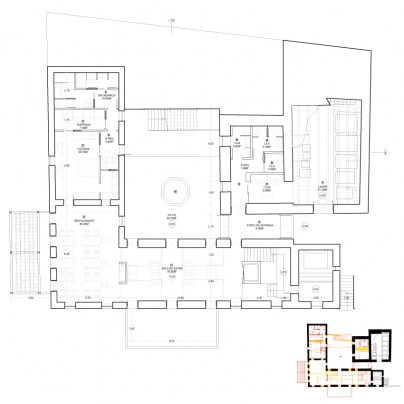 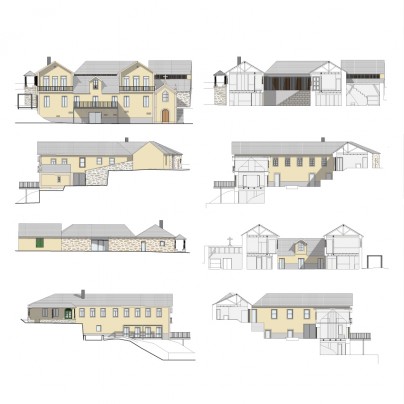 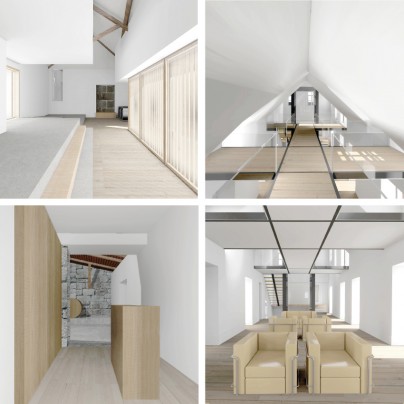 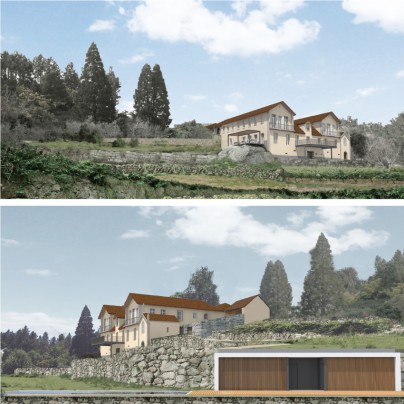 Quinta Nova House Agri-tourism Rehabilitation Project
The current final project consists of the development of the rehabilitation project of the Quinta Nova House, an unclassified XVIII century dwelling, which has some architectonic characteristics that make it particularlyinteresting and valuable.
It is situated in the Pindo parish, in Penalva do Castelo. The property, of agricultural character, in which the house is located has roughly 4 hectares, that include the building and the surrounding terrain, essentially divided into windrows. Throughout the decades, the building developed and suffered changes according to the needs of the family that inhabited it, and is currently composed of a wine cellar, a chapel and four wings, forming a central patio, having grown in a staged process, in close relation to the rural activities. During a certain time, it sheltered a group of priests, in an area that possessed some autonomy, including the chapel, where the community's religious rituals took place. We intend to intervene in a coherent and integrated fashion, including the conservation of Quinta Nova's house and land, associating rehabilitation operations to tourism and retrieving activities as a way to preserve and capitalize the property. That way, the project proposes an articulated rehabilitation of the house and its surroundings, through modifications in the building, adapting it to Agri-tourism, and a requalification of the exterior spaces. Through this Rural Space Tourism mode, as a means of economic development, we intend to find the solution to the rehabilitation of this agricultural house.