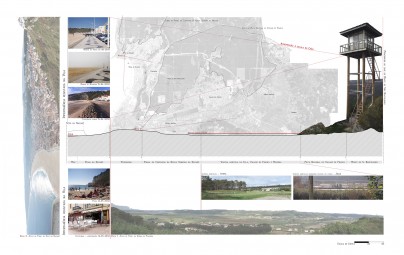 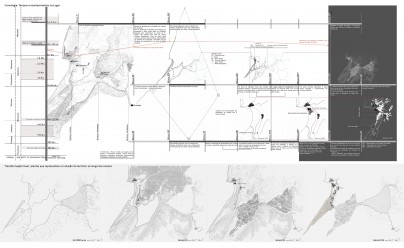 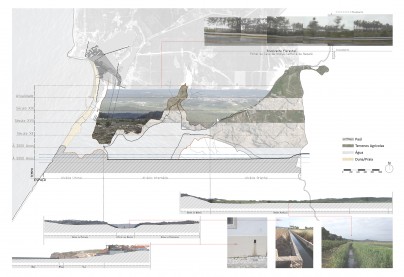 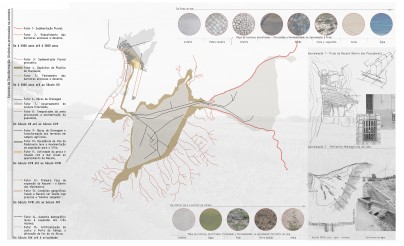 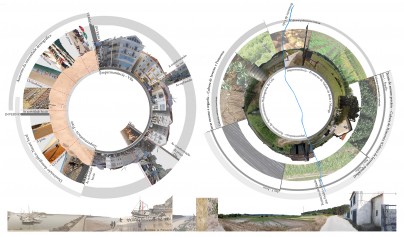 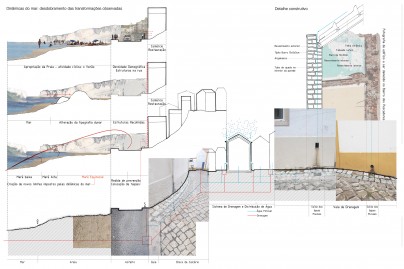 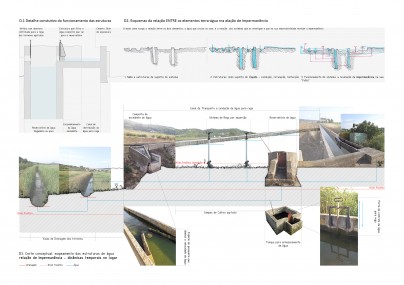 REPRESENTATION PROJECT OF IMPERMANENCE; BETWEEN NAZARÉ AND LAGOA DA PEDERNEIRA
Universidade do Minho

between Nazaré and Lagoa da Pederneira
Starting from the specific insight found in the selected sample, the investigation rehearses over the subject of the representation project of impermanence: between Nazaré and Lagoa da Pederneira.
To the site's discovery we associate author Orlando Ribeiro and, from his work, we translate the three approach assumptions used: we synthesize the concept of patella, used by the geographer, as discovery of the site and linkage of times and concepts; we apply the in-situ analysis, emphasizing the experience and the record on site; we learn the theme of impermanence during the time of the investigation, transforming and creating a new record and a new interpretation, transversal in discipline and scale, concerning the site. Impermanence's specific insight finds its focus in the earth water relationship, a central relationship in the selected sample, concerning its status of becoming, between earth and sea. We approach the "liquids”, which translate movements and flows experienced in the representation that captures these dynamics on the site. The investigation transforms throughout the three chapters that unfold into three periods: linear, relational and lived in the experience of impermanence. Through these, we decode their transformation process, in their geomorphological characterization, intrinsically connected to the old Lagoa da Pederneira(Pederneira lagoon) and the administrative limits of Coutos de Alcobaça, performing the relational transition and reformulating the concept in the site's immanent regression. Concerning lived impermanence, we understand how the dynamics of its formation relate to the comprehension of the dynamics currently present in the site. The investigation project intends to translate in a representation essay faced as an impermanent construction, which flows through its experimentation process. The impermanence inherent to the investigation is exposed through the Impermanent Process that accompanies the work and disassembles it in its relational complexity, through which the investigation undergoes, emphasizing the moments that transform it.