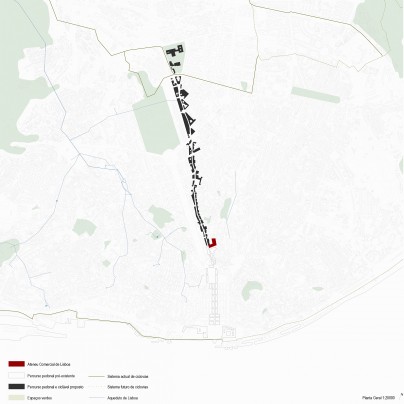 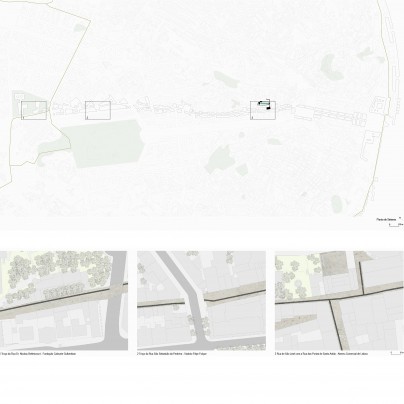 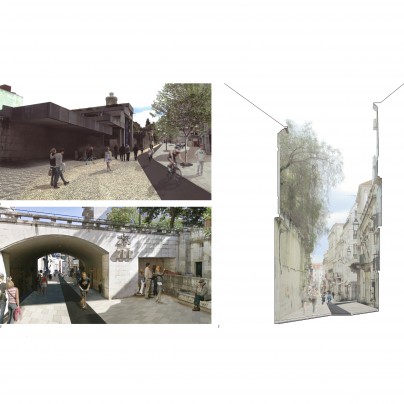 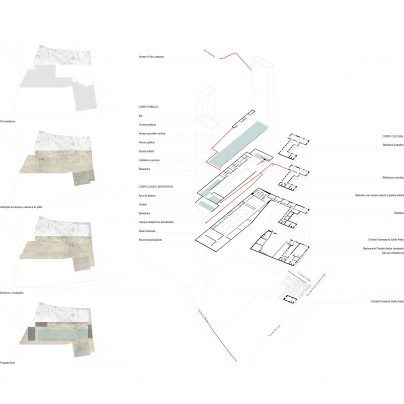 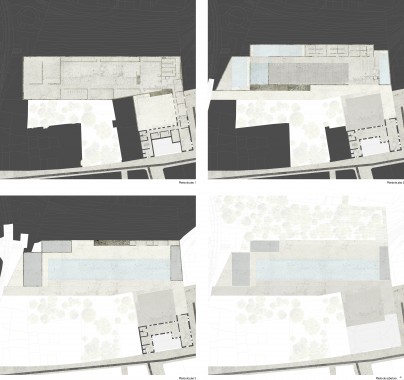 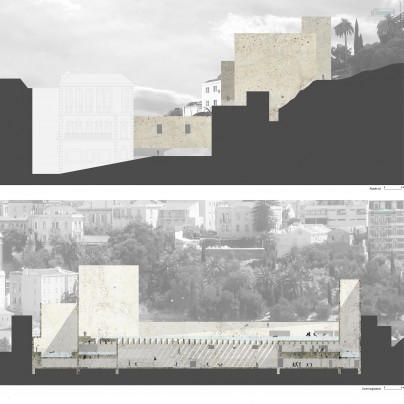 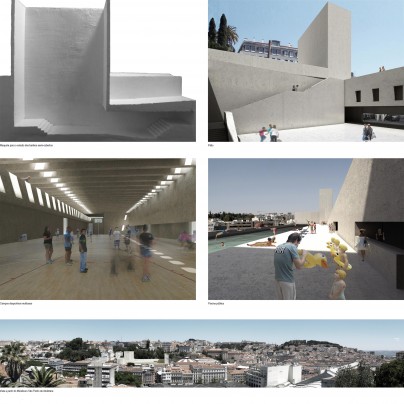 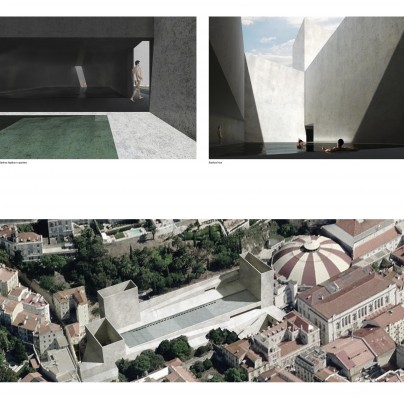 Restructuring a public artery
We elaborated a study about the streets of São José and Portas de Santo Antão, once symbols of the life and of the northward expansion of the city.
Today, after years of construction, although they maintain their layout, we can feel the lack of continuity marked by the Liberdade Avenue. Access to different points in the streets is made by the adjacent pathways, turning São José Street into a despised and obsolete place, losing its history filled identity. The proposal intends to boost the relationship between Lisbon's Ateneu Comercial building, the streets and the city, establishing a new interpretation of the territory. The project is based on two assumptions: The first one concerns accessibility restructuring. We restrict motor vehicle circulation, favouring pedestrians and bicycles, uniting the gardens and the Gulbenkian Foundation to down-town Lisbon.  This new network interconnects three different systems - pedestrian, cycling and partially auto-mobile, so that there is permeability and fluidity among the three. The second assumption is based on the intention of creating a public space that is admittedly urban and capable of generating an action over the territory. The Ateneu's restructuring as a community space is the consequence of the will to articulate a new public space, aiming to stimulate a new dynamics of meeting and sharing between people. One can access it through the main street, Calçada do Lavra or Travessa da Pena. The building is composed of three public spaces: at the lowest point, street level, the cultural body (the palace); at an intermediate height, the sports body; at the highest point, the green space, that allows for a connection to the city, functioning as a viewpoint. The programme articulates in a way as to satisfy the specific needs of a social infrastructure that serves the city.