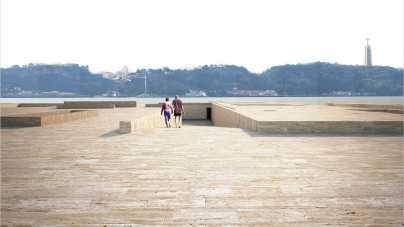 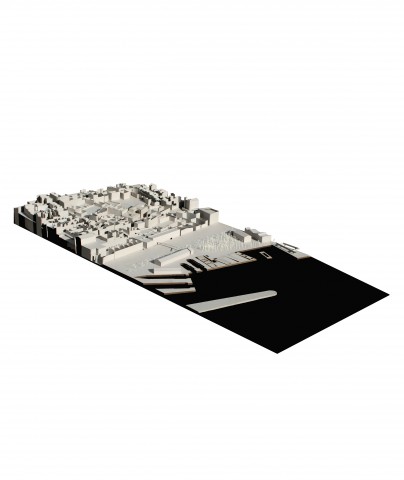 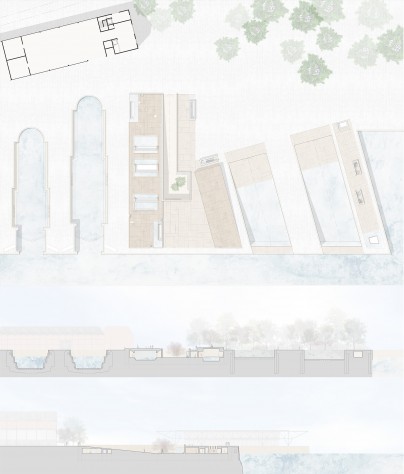 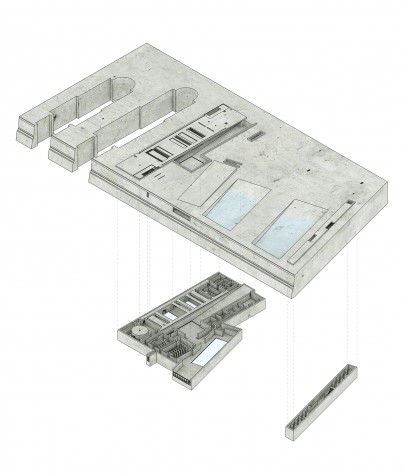 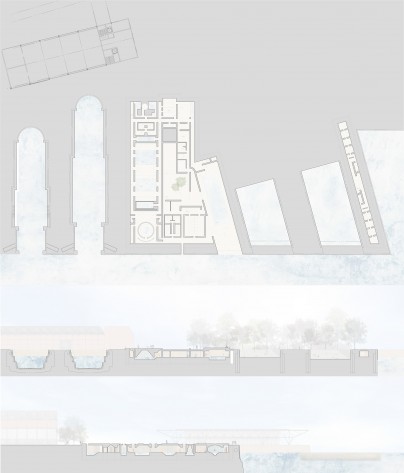 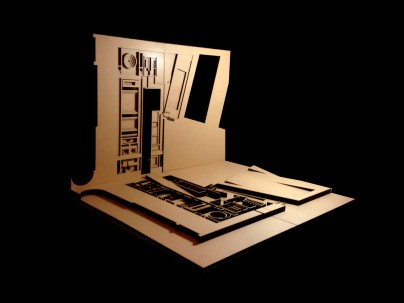 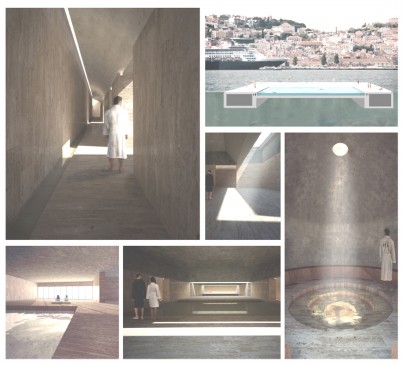 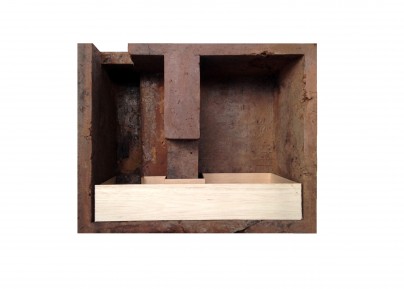 Project in the Rows of Rocha do Conde de Óbidos
The proposal consists of an essay over water and its presence in man's life at various levels - vital, social and recreational.
As such, we propose three different programs, all connected to water, that, articulated, can serve the whole of Lisbon's population: outdoor pools with public bath houses (urban beach), public baths and a mobile pool that will float in several areas of Lisbon. The choice of the intervention site - near the river - points to the regeneration of the river front, creating a moment of socialization that recalls the plazas punctuated by the water or the dips in the river in the XIX century. The public baths building is designed by volumes and voids, by matter and light, focusing on varied surfaces; the presence of the water is determinant in the design of the spaces and its voids. The current architectonic reflection unites the fundamental basis of architecture and the idea of something valuable, like an hidden treasure. We build a refuge in a very manifest way, through excavation, achieving very different perceptions of the building in the different spaces. The possibilities in the complexity of geometries here applied transform the environment into something calm and serene and, at the same time, formally complex, with the constant presence of water. To sum up, we build a narrative associated to water with three elements that, when combined together, turn memory into something even more accordant with the site, its history and its future. The project highlights the body as a protagonist of the space, given the depth of the excavated architecture - that raises strange emotions - and the natural light - that, thanks to the spatial dynamics of the building, transforms the void into a more lived space.