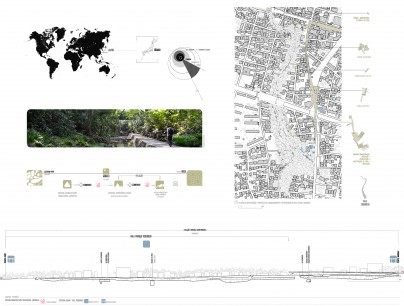 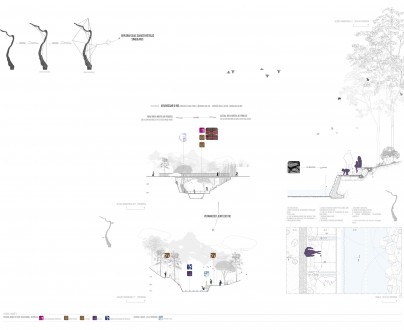 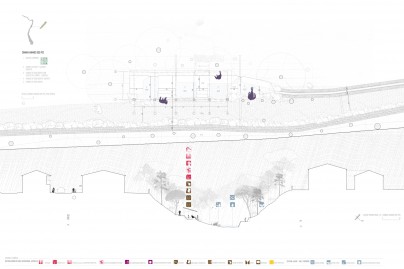 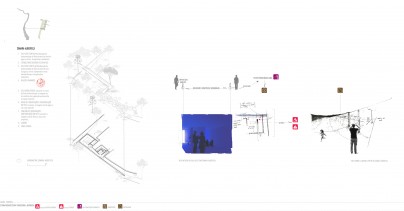 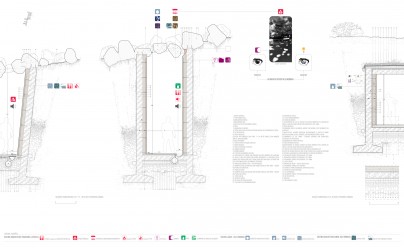 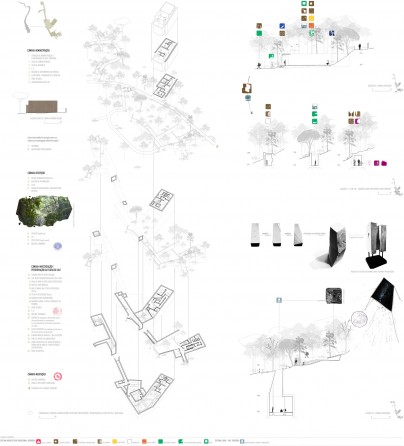 Living Systems_Standardised Systems oriented towards Tradition and Innovation in Japan
Living systems in architecture and urbanism is a theme that appears associated to spaces that are in constant mutation.
The city's units should not be thought as isolated organisms, as they should connect with the rest of the city, living from all that surrounds and traverses it. The project reflects the intention of producing a solution that answers the social and functional needs of the site - Teodoroki Valley-Park, Tokyo - through the creation of a living system. The conception principle of this network of connections at different scales is to connect the valley internally and externally, therefore allowing for the network's functioning and greater efficiency. We adopted a methodology with three difference standardized systems, which recognize each other, aimed towards the compliance of innovation and tradition in Japan - system-place and two architectonic systems: the Japanese traditional one (base system) and the animal-ants, allowing for an understanding over two architectures that, although different, can establish symbiotic interactions among themselves and be applied in architecture. We opted for an underground architecture, integrated, that adapts to its physical surroundings, preserving the site's unique qualities, with a nature that is also totally artificial. Nonetheless, it establishes different connections with the surface and the analysed systems - physical and un-physical connections. This conceptual proposal translates into a new urbanity that is, not only, contextualized with the current spatial development of the Japanese underground but, also, intends to be in agreement with the symbolism that this type of space has in Japanese culture. The specific programme is the Valley Interpretation Centre. The proposed programme intends to accompany the users in a process of environmental interpretation - a more perceptual and fluid interpretation through the Valley, from the routes and what you can access through them, guided by the formal and informal activities proposed - contemplation, meditation, tasting, education and preservation.