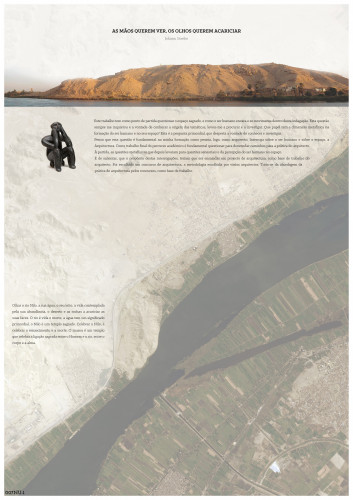 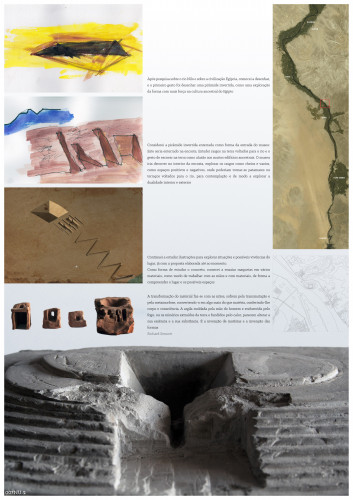 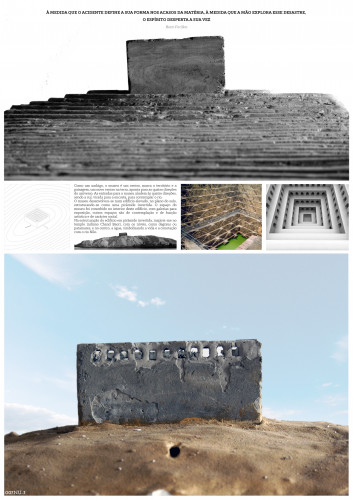 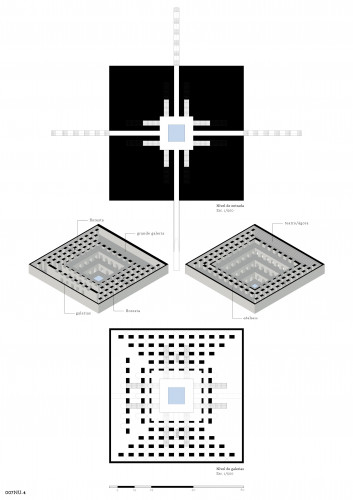 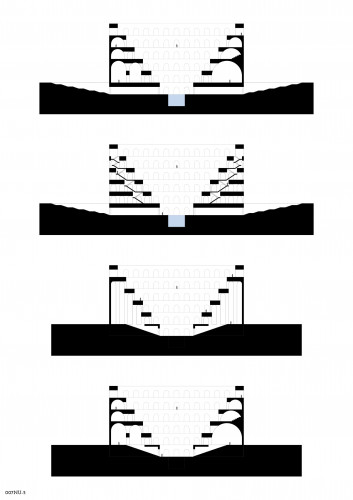 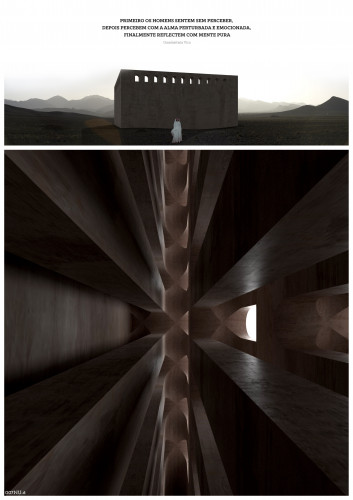 O MUSEU E OS SENTIDOS
This work started from the desire to know more about sacred space, as the human anthropologically and historically, categorizes and differentiates space.
The purpose of these questions had to be rehearsed in an architectural project, an architectural competition was chosen.
The objective of the contest was to design a museum that celebrated the Nile River. I chose the hill next to the river for the museum to be raised and to study the slope facing the river.
I began to draw, and the first gesture was to draw an inverted pyramid, I considered the inverted pyramid buried as form of the museum entrance, this would be buried in the slope, the museum would take place inside the slope.
The museum eventually developed into an elevated building, structured like an inverted pyramid, the museum space was designed inside this building.
As a navel, the museum is a center, marks the territory, a new center on earth points to the four directions. The museum entrances allude to the four directions, being the south entrance facing the slope, for river contemplation.
To enter we descend a long staircase, entering a tunnel, fleeing the outside world, we delve into our interior. When we reach the end of the walk under ourselves and under the tunnel darkness, we will give to a patio, where we can contemplate the whole museum.
From here we have access to stairs leading up to the museum interior. In the nascent entrance we will give to the great gallery, a space in dome, with a great amplitude, where the light, air and sound are diffused by the openings. At the west entrance we have the galleries, two vaulted spaces, with permeability between them.
At the north and south entrances, we see a forest of pillars, like a reflection of nature, where the verticality and the light filtered by the pillars, resembles a forest atmosphere. In the middle we see the stairs, which run through the whole museum vertically, allowing to penetrate throughout the space of the building. Farther west, workshops are spaces of creativity and production.