Archiprix is internationally referenced as one of the most prestigious academic architecture awards, annually distinguishing the best Master’s Thesis projects presented in the fields of Architecture, Landscape Architecture and Urbanism.

The Archiprix Prize is characterized by the diversity of its projects. Contrasting the generality of architectural contests, Archiprix does not impose, a priori, a specific problematic. On the contrary, Archiprix promotes intellectual and academic diversity. For this reason, the projects’ themes, their presentation and their level of detail vary considerably from one another. The diversity and the high quality of the Archiprix projects represent, as a whole, an important contribution to the emerging national architecture’s projection.

In this sense, Archiprix establishes agreements with relevant entities regarding the disclosure of new talents in the field of architecture, giving them international visibility and privileged public exposure.

The Archiprix organization is composed of an Executive Committee and an Advisory Council, which is a non-executive operational and scientific counselling organ regarding the Jury’s creation and concerning the participation in academic meetings. The Prize’s winners inherently integrate this Council. 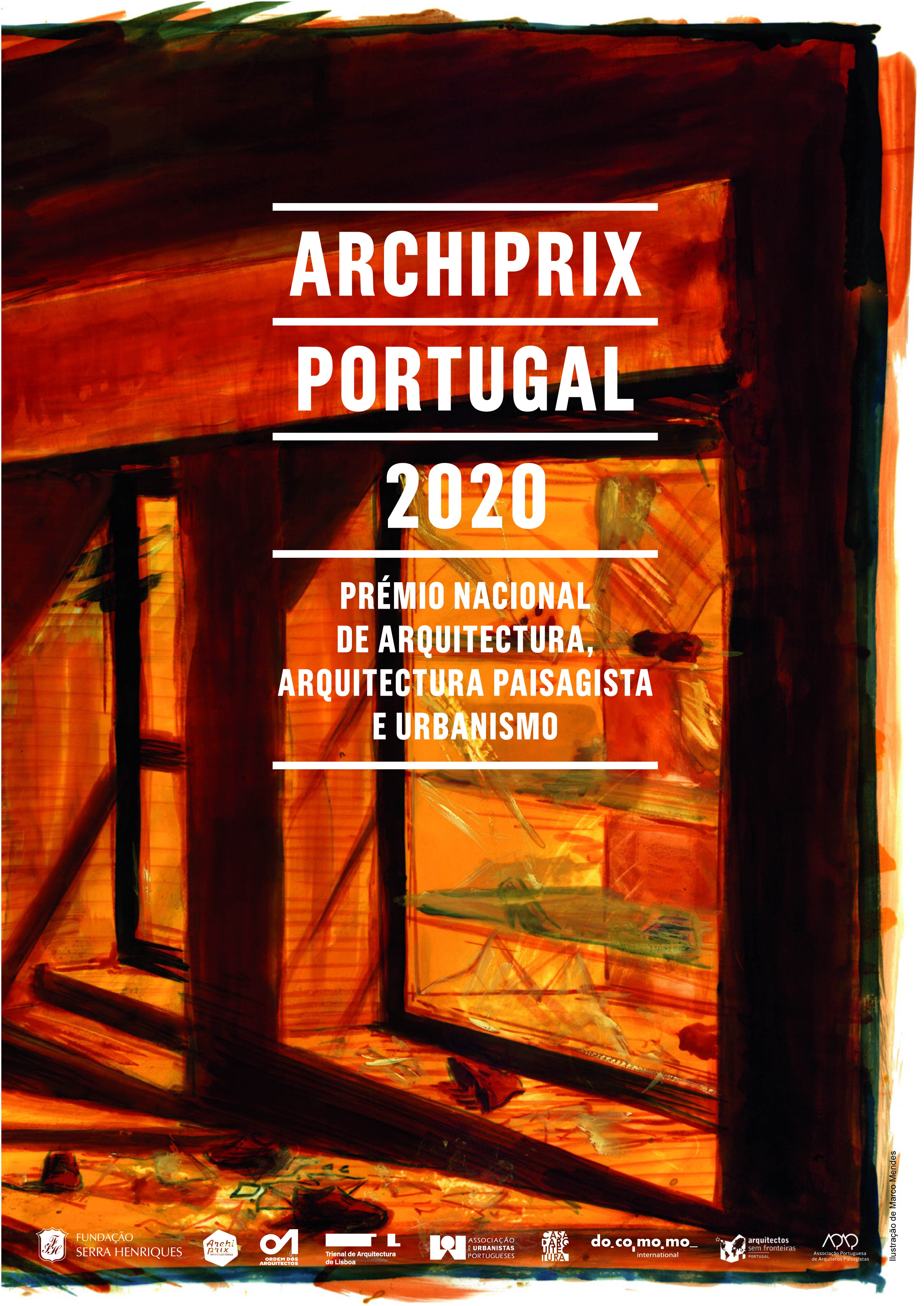 The Cruz Quebrada Intermodal Station is located on the grounds of the former Lusalite factory structure. The decision that follows a reasoning supported in a broad reading of the territory, basing tha...

PROPOSAL FOR THE REHABILITATION OF A GRINDING FACTORY

In the 1930s the Second Republic, the corporatist authoritarian regime installed in Portugal, undertook a policy of alimentary autonomy. The production of wheat, organized as a plantation campaign in ...

From the place to the space it is intended to be a conceptual reflection in the design process for a project exercise in the antique St. António thermal baths, located in Celorico da Beira. The space ...

The presented work reflects a Network… of wills, partners, paths in a landscape, where the primary objective consists of the human order, with respect to economic, material, aesthetic, scientific and ...

This project explores the ability to define a place, with its own identity, its own soul, in the relationship between land and sea. The proposal seeks to clarify a place, considered as amorphous, ampl...

The convent S. Francisco do Monte, founded in 1392 by the religious order of Observant Franciscans, is the first of its kind in the then village of Viana, situated in an isolated area, surrounded by f...

This work started from the desire to know more about sacred space, as the human anthropologically and historically, categorizes and differentiates space. The purpose of these questions had to be rehe...

In the approach to the memories of the cork industry, an economic activity that was part of the past of the parish of Cova da Piedade and Caramujo in Almada, it was intended to revive the memories and...

1 Santo António, the smallest city in the world with 1300 habitants is placed on a territory of urban mosaic where the formal colonial and the informal confront each other. The problems of the territo...

A interpretative and astronomical observation centre in Aldeia da Estrela

Intervening in a forgotten place like Aldeia da Estrela can be a challenge for any architect. The present intervention proposes to be an architectural cultural landmark, which promotes interest, knowl...

This theorical and practical exploration has its origins in that which constitutes to me a very old and beloved passion: pastry. Through a course delimited by the four stages of a proper meal − starte...

(RE)BUILDING THE ARCHITECTURAL LANDSCAPES OF DOURO – CALDAS DO MOLEDO

Caldas do Moledo, known as the entrance gate to the heart of the Douro thanks to its strategic position on the right bank of the river, has always been of great importance in the economic, cultural an...

This project study intends to endow the public space of a territory located in the Amadora municipality, Alfragide parish, with conditions to become a more attractive and resilient space for people, a...

Concerned about the relation between nature and architecture, come the motivation to understand the mutual dialogue that they must establish, recognizing the responsibility and sensitivity necessary i...

The unbalanced growth between the urban nucleus of Sines and its complex industrial and port industries led to the separation between the city and the sea that, since its inception, has been its main ...

The framing concept constructs the framing action that means integrating some-thing into a given medium or context. It is a conscious positioning of thought, which seeks to adapt, in harmony, a theme ...

This investigation intends to recognize the urban landscape’s different occupation and marking processes, revealing the essential symbolic value of its morphology. As backdrop, the city of Braga, in o...

The Interpretation Center of Santa Quitéria reflects a group (composed by me and a colleague) desire to work on the requalification of the Volcanic Chimney of Santa Quitéria, also known as Cabeço de M...

The location known as Quarteirão das Camélias, which is currently occupied by a bus station, a sports pavilion and a car park, is in a very degraded state. It is then in the context of requalification...

In a context characterized by large logistics infra-structures and the maritime relationship with the city of Sines, the exercise intends to generate new spaces that emphasize and establish a new way ...

A TRAIL OF COLD WAR

The mountains hide places, distinguish landscapes and create environments. Environments that do not repeat but transform themselves giving place to plateaus, rocky escarps and cliffs, areas of dense f...

THE RUINS OF TODAY : THE POWER OF MEMORY AND TRANSFORMATION

The ruins of the Madre de Deus de Monchique Convent located in the historical center of Oporto acts as a central matter on an academic investigation where we question the conscious intervention on his...

The main goal of this work is to describe four types of rural houses. They are located in the northern parishes of Oporto city. These houses have, as their formal base, a common denominator: the addit...